Deeply divided nation.
or are we?

We have it completely wrong.

Pick up the newspaper, watch the news on television or scroll through Twitter or Facebook and you might reasonably conclude that as a country, we are in quicksand – standing still, incapable of finding common, stable ground and, worse, sinking fast. As the mid-term elections demonstrated, it appears that we are hopelessly divided as a nation and seemingly nothing can be done about it.

But what if you’re wrong? What if we’re all wrong? 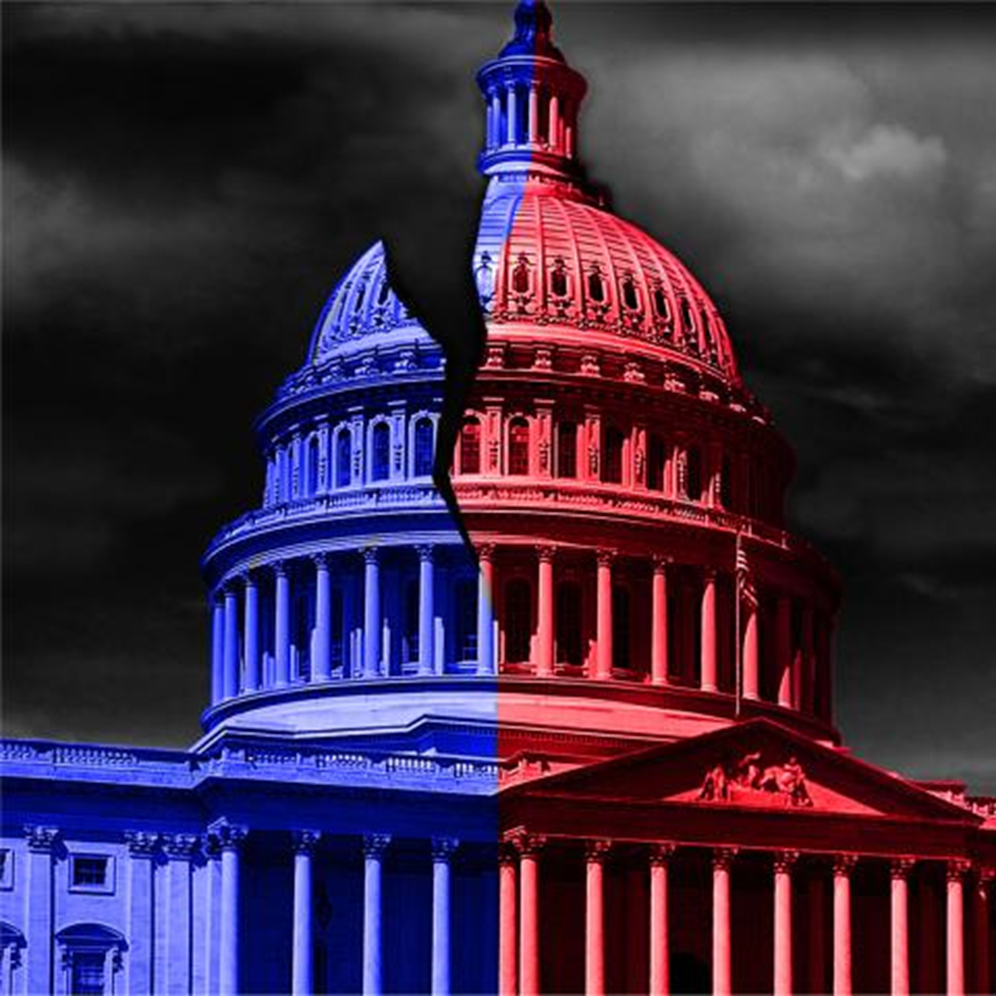 In the days after the 2022 US midterm elections, Mercury Analytics launched a study to understand how US registered voters feel about the current state of politics in the US, how much they value unity and collaboration between opposing political parties, and their reactions to a proposed “Unity Pledge”, which would commit a political candidate to run on a platform of civility and greater bipartisanship.

This study focused on registered voters in the US, with demographic quotas set to ensure a nationally representative sample. A total of 1108 registered voters were recruited by professional sample providers between November 9th and 10th, 2022. As a result, the study exposes the views of the electorate just after voting in the midterm election.

Today, the US feels deeply divided. Republicans and Democrats don’t just disagree with each other politically, as in the past, but describe the other side in ways that suggest that the ‘other’ wants to destroy America.

Respect and cooperation are key – 86% of registered voters overall believe it is “extremely” or “very” important for our elected officials to act respectfully toward one another and work cooperatively to solve the challenges facing our country.

What has changed?
Why do we feel this way?

When asked to identify who or what is driving the anger and divisiveness between Republicans and Democrats, voters point to “networks and news channels” followed by “Members of the Congress” (70% and 60% rank #1 or #2, respectively) .

If networks and news channels are driving the anger and divisiveness, which ones are the most trusted? Registered voters indicated the most trust in local TV news stations, NBC, CNN, ABC, Fox News, and CBS the most, with Republicans favoring Fox News.

Congress has a long ways to go to convince US voters that they are serving those who elected them – fewer than 4 in 10 registered voters think that the US Congress is functioning well in terms of delivering its mission – and only 1 in 10 think it is functioning “very well”.

Dismal self-perceptions – When asked to evaluate the actions of their own party’s Members of Congress, just 56% of Democrats indicate that Democratic Members “almost always” or “often” act respectfully and work cooperatively with Republican Members, compared to only 37% of Republicans who think their Members act respectfully and cooperate with Democrats.

Stalemate – Both Democrats and Republicans view the other party’s behavior toward their own negatively, with 3 in 5 indicating members of the opposing party respect and cooperate “not very often” or “rarely or never”.

PLEDGE OF UNITY FOR CANDIDATES FOR CONGRESSIONAL OFFICE

Response to the Unity Pledge is overwhelmingly positive, with 9 in 10 registered voters overall indicating that they would be “much” or “somewhat” more likely to support a political candidate that signed and endorsed the Unity Pledge.

Slightly fewer than half of registered voters overall think “all or almost all” or “most” of their friends and family would support the Unity Pledge for Congressional candidates, with all three party segments indicating similar ratings.

Respondents first answered screener questions to determine eligibility and, once admitted, were asked about their past voting habits and current perceptions of politics in the US, including their thoughts on the upcoming Presidential election, the existing divisions between parties, and the performance of Congress and behavior of its members.

Respondents were then introduced to the idea of a “Unity Pledge” that would commit a political candidate to clear communication, collaboration, and a willingness to compromise with their counterparts across the aisle.

Finally, respondents were asked a final set of demographic questions before the conclusion of the survey.

Quotas were set on gender, age, ethnicity, political party, and region, and final data was weighted to ensure a nationally representative sample.